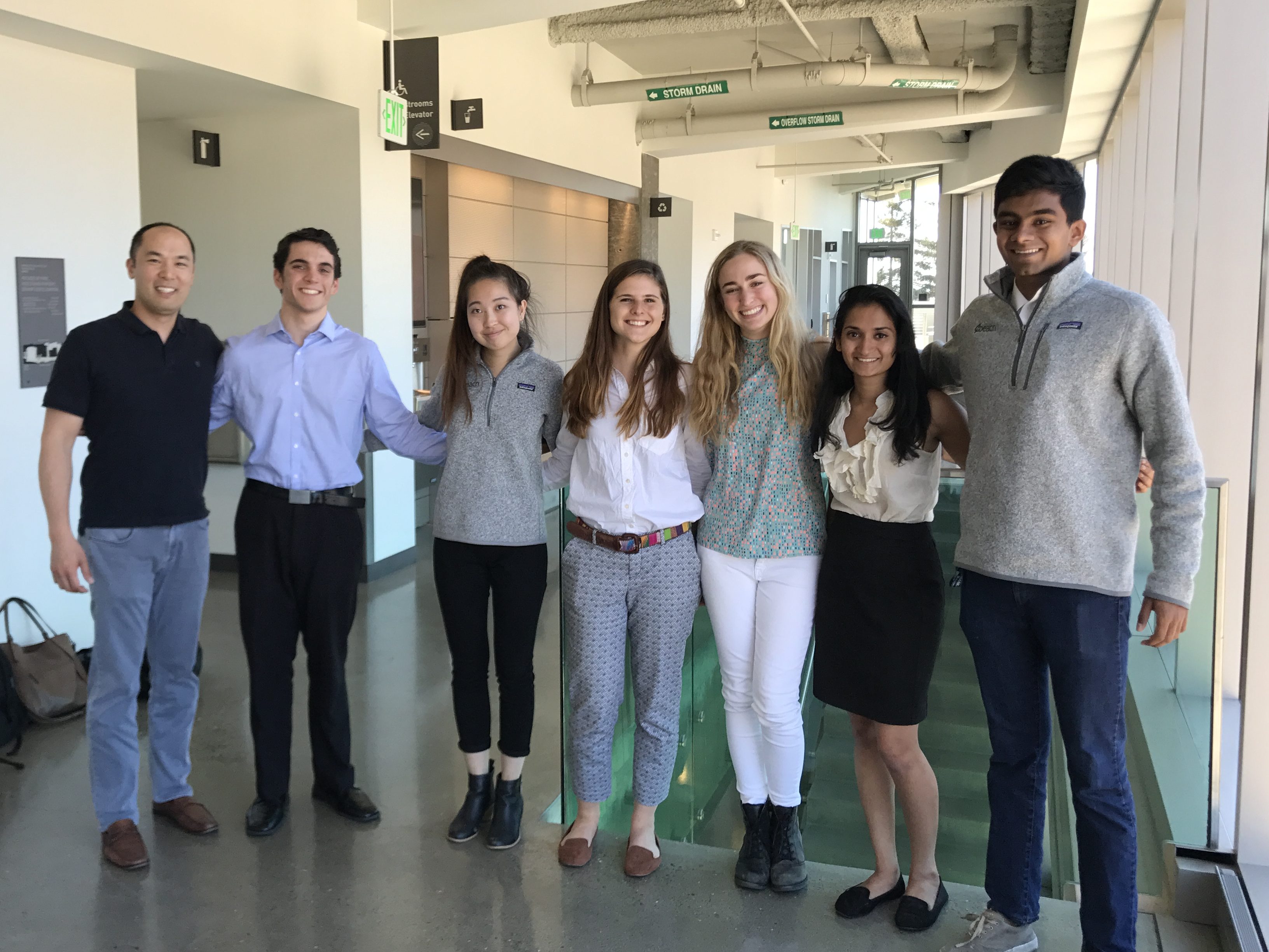 The Bay Area Environmentally Aware Consulting Network (BEACN) is a student-run environmental consulting firm at UC Berkeley that undertakes semester long projects with innovative and progressive clients. During the fall of 2016, we created a database of 50 crops that could be a potential “best fit” for Crop Enhancement (see our blog post here). This was our second semester partnering with Crop Enhancement and we were thrilled to begin a new project to better understand the future of pest and disease control.

This spring, we took a deeper look into the supply chain of coffee, citrus and cocoa. Analyzing and reconstructing the supply chain for countries where information was scarce required reaching out to salespeople, farmers, and other industry professionals who could give us insight into the daily operations of agrochemical distributors and other farm input suppliers. We learned that many farmers around the globe struggle with debt because of the very thin margins they make from selling their products. It begged the question: how can farmers afford to change their agrochemical inputs when the risk is so high for them?

We began with coffee, the primary means of income for 25 million smallholder farmers in the world’s tropical regions. Many farmers have been in the industry all of their lives, inheriting their land and practices from parents and relatives. Many coffee growing communities are tightly knit and rely on the transfer of knowledge from neighbors and family members. At the same time, the agrochemical industry in this region is also particularly fierce, with Brazil being the largest consumer of agrochemicals in the world. Farmers are often susceptible to purchasing and spraying chemicals they don’t need. This harms the crop and threatens the safety of workers, communities and the environment.

Stricter environmental regulations regarding the use of agrochemicals also impose significant cost implications for farms. Many farmers are calling for effective alternatives for recently banned pesticides. While fertilizer and pesticide applications happen throughout the year, the need for pest and disease control is often higher during the rainy seasons in the winter. It was surprising to find out that each farm has its carefully chosen unique set of agrochemicals, reflecting the incredible diversity of growing conditions, knowledge and resources. Uncovering and piecing together the multitude of components allowing farm production to be profitable demonstrated the lack of standardized practices among farmers, even in the same region growing the same crop.

In addition to coffee, we studied citrus farms. Citrus refers to a wide variety of fruits, including tangerines, oranges, lemons, limes, and grapefruits. The United States, Brazil, and China lead the world in citrus production. Over the last decade, citrus farms in the southeastern United States have been hit hard by “citrus greening,” a disease spread by the Asian Citrus Psyllid. The US government has pledged an enormous amount of money in R&D costs to combat this disease, and some preventive measures are enjoying to a degree of success in California. However, there are many opportunities to work to prevent this disease before it begins.

Like much of farming in today’s mechanized world, citrus farmers rely on razor thin profit margins. As such, the trend has been towards larger and larger corporate owned farms. As a result, in places like Brazil, many of the family farmers are moving to crops with larger margins – such as sugar cane. This trend provides both benefits and costs, but we see the standardization of farming techniques by large growers as beneficial in the sense they are able to take larger risks, try new products, and disseminate more information on a wider scale.

We also conducted value studies on conventional citrus farms versus their organic counterparts. It was interesting to see the differences. Organic farms spend almost double the amount that a conventional farm will spend per acre due to increased labor costs and the lack of herbicides. But organic can often be sold for a premium. The differences between the two styles of farming offer exist with their own set of tradeoffs.

Another crop we dug into was cocoa. Global cocoa production relies on the aggregate yield of millions of small scale farmers throughout the tropics. Up to 90% of domestically produced cocoa in the three nations with the largest tonnage exported – Ivory Coast, Ghana, and Indonesia – is grown on farms less than three hectares in size. Smallholders in these regions generally lack access to the capital required for new technologies that reduce input costs and improve efficiency. Our study noted these trends, and further research explored how variance in production inputs contributed to associated yields on three continents.

We also examined the cyclical boom and bust nature of the cocoa industry and the factors that lead to rapid rises in production in some countries and precipitous crashes in others. In particular, one study of the pre-2000’s collapse of the Malaysian cocoa industry helped us understand the conditions under which these industries fail. The correlation between the prevalence of pests and the ability of smallholders to limit yield loss became clear, as did the reduction of yield loss as the best means to increase smallholder wellbeing and overall production. Going forward, promotion of agroforestry regimes by domestic governments appears capable of limiting the susceptibility of smallholder-sustained national industries to external and widespread threats like the cacao pod borer and black pod disease.

This semester’s project provided us with a realistic look into farming in agricultural regions of developing countries. Learning about the process of documenting and tracking the agricultural inputs showed us the diversity in approaches to pest and disease management as well as the systems of knowledge which influence farmers and farm owners.

The BEACN team this semester greatly enjoyed our time working with the amazing team at Crop Enhancement. Our team consisted of first through fourth year students, including Allegra Saggese (Project Manager), Anindit Gopalakrishnan, Elisa Chen, Garrett Parzygnot, Grace Pratt, and Sanju Anne. The majors of our team vary from statistics and economics to environmental studies and computer science, with everyone having a variety of interests and skills in the sustainability realm.

Improving our research and outreach abilities, the project provided us with a new appreciation for the highly complex and sophisticated global market of agriculture we intensely depend on. Engaging with stakeholders across the entire supply chain and learning about the methodology of technological diffusion in these geographical locations was a unique growth opportunity for the whole team and will help shape our future career paths.

Coffee’s #1 Enemy Can Now Be Controlled with a Safe and Sustainable Approach
April 20, 2020

Crop Enhancement Presents at the AGRI Tech Venture Forum
May 25, 2018